Your Warzone loadout and why?

You are using an out of date browser. It may not display this or other websites correctly.
You should upgrade or use an alternative browser.
S

I'm interested to hear what you carry in your loadout when roaming around Verdansk and how did you came up with the loadout?

My main loadout (i don't use any other atm) is this:

Main weapon: M13, Tempus Cyclone barrel (it's silenced, so no red dot on the map when shooting), ranger foregrip (for stability and control), 60 round mags (more is more), VLK 3x Optic (good for close encounters and mid-distance) and perk is Frangible - disabling (you don't run away from me).

Secondary: Strela-P, mainly for vehicles but gives sweaty times for enemies inside buildings too. Also my choice because of rockets direct flightpath, so you don't have to guess the aiming point like example with RPG.

Lethal: Termite, just because i'm in a mission to get 10 termite kills.

Tactical: Heartbeat sensor, valuable especially at the early games when people don't have ghost and you got your loadout already.

Perks: Cold-blooded, ghost = because I want to be sneaky from start and get close to enemies without them noticing me and in late game I don't have to worry about UAV's filling the air.. 3rd perk is amped atm, for faster weapon change and reload of Strela, but I might change it to battle hardened, because getting way too often flashbanged lately.

I don't run sniper rifles in my loadout, because usually you can find them from the crates in Verdansk.
Reactions: W3LSH, Aggrovan and Zero 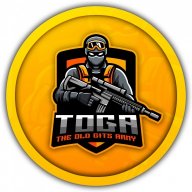 My usual loadout would be this but I have been trying other weapons recently, so I'll blame them for my shiteness

Lethal
-- Semtex - I'm determined to stick it to a moving vehicle....one day

Assault rifles:
I rotate between m4 and amax. M4 is being used the most.
M4 build I use:
Muzzle: Monolithic suppressor (more range and suppressed shots)
Barrel: Corvus Custom Marksman for increased range, bullet velocity and recoil control. I find this one slightly better than the Stock M16 grenadier
Optic: VLK 3.0x For the longer ranges and the hidded bonus stats for less vertical recoil and horizontal bounce)
Underbarrel: Commando foregrip for some more recoil control (horizontal and vertical)
Ammunition: 60 round mags for obvious reasons

I also have one loadout where I have the perk fully loaded replaced with the underbarrel. This will make sure I can replenish the ammo for an AR if needed or when I get back into the action after the gulag or after being bought back and have enough ammo straight away.

Amax build is almost a copy only difference is the barrel and ammunition:
Barrel: XRK Zodiac S440 for more range, higher bullet velocity and better recoil control
Ammunition: 45 round mag (that's the biggest mag you can get on Amax)

On these builds I am going to try to cycle between the Corp Combat holo sight and the VLK. But to use the holo sight I want to unlock the blue dot first as this will give a nice clear picture.

SMG:
I prefer the MP5 although the MP7 is a good second (but currently not in a load out)
Mp5 build:
Barrel: Monolithic Integral Suppressor (saves a slot for the muzzle, also higher bullet velocity)
Underbarrel: Merc foregrip for better hipfire, other option would be to put a commando foregrip here
Ammunition 45 round mag
Perk Sleight of hand as this is mainly used in close combat I want a fast reload.
And in some cases I use a GI mini reflex instead of the sleight of hand.

I also have a load out with a pistol as secondary, this pistol has the perk fully loaded to make sure I have the full amound of SMG ammo as pistols are using the same ammo as SMG's.

Perks I use:
EOD to survive explosions a bit better
Ghost to stay off the radar
Overkill for the first loadout to get two good weapons.
Amped to switch faster between weapons

Lethal I use is mostly a claymore
tactical: cycling between Heartbeat sensor and the stun grenade

A good link where you can compare stats of weapons and the attachments: https://truegamedata.com/
Reactions: Aggrovan, W3LSH and Zero

I now feel ashamed that I didn't put more effort into my post now, but it is still formatted nicely

Did a couple new loadouts:

First one has a M4 main weapon with: FSS 12.4 Predator barrel (for silence again), VLK 3.0 optics (seems to be best option for so far), ranger foregrip, 50 round mags (didn't choose the 60 because this i could get little bit mobility and control) and perk is still Frangible - Disabling. Rest is same but changed the amped to battle hardened.

Second one runs main weapon SP-R 208 with light weight suppressor and ZLR VeraTwist barrel, commando foregripo and .300 Norma Mag bullets. On top of it i have a Solozero SP-R 28 mm optics. I don't have the all accessories so tried to pick stuff so that range and accuracy would be higher. Secondary is pistol, because you usually can pick up weapons deadly enough from crates. Perks, lethal and tactical are the same like above.
Reactions: Aggrovan and W3LSH
S

MAC-10: Agency suppressor, 5.9" task force barrel, SAS combat stock, Field Agent grip, Salvo 53rnd fast mag (based on Gallantry blue print, because the front sight is not that wide than it is in basic print and it gives a better view when aiming)

M16: Agency suppressor, 15.9" Strike team-barrel, Axial Arms 3x, Field Agent grip, 45 rnd speed mag (might change this to 60 rnd when i unlock it, depends how much it will raise the aiming down the sights time)

Perks in all loadouts: E.O.D, Ghost and Spotter

Basically when flying solo, i do start with Tundra loadout and when it is possible, i'll pick up MAC-10 for secondary (now i have been picking FFAR also to secondary loadout, for the change). Tundra is for medium to long ranges and with Axial Arms, you don't have the glint to give away your position and it will drop people with one shot. MAC-10 is for close range encounters, because it will still beat the AR's and rest of the weapons at close fights. MAC-10 will be my secondary even if i play first Aug/M16 loadout, because it is still very powerful and FAST at close and will rip people apart.

If i do have the FFAR at my secondary, i don't engage to close quarter fights if i dont have to. I rather stay somewhere between close and medium range where the FFAR is a beast.

I do run ghost in all of the loadouts because i want to go stealth immediately. People are launching UAV's and can find hb sensor in a early game. It is an advantage to myself when i can hide my presence from everyone else and/or i can start using hb sensor to track and hunt people so that they dont know i'm after them. I believe, when people know where you are, you are a the prey and not the hunter.

I know that with my tactics i dont get "two good gun" in a start, but that actually doesn't matter, cause i do get 2 good guns. Diamatti is (as a single it will give you more accuracy and distance) good weapon to rip people at close range and atleast they will duck their heads down when the bullets fly. There's also plenty of guns laying down at Verdansk which will help you out at your journey to second loadout if you are not happy with pistol at secondary. My motto "get the ghost first, fuck that shit after that".

E.O.D perk reduces some explosive damage for me and with spotter you can spot enemy mines and stuff. You can also hack enemy explosives and that got me a kill once. I was at downstairs in a building and enemy was upstairs behind closed door. I did spot two claymores behind that door and hacked them and went back to downstairs. Soon the enemy followed me and died in his own mines which were hacked without him noticing it.

At solo, i'm using truck to move around and to kill people. It will give you quite good cover, but beware enemies with C4, snipers and few AR/LMGS (i think AMAX rips you in the truck if shooter is accurate enough). In the end zones, if there is no buildings, player with a truck is king. And to encounter that, i do run thermite in my secondary loadouts. Throw one to two of those in the cabin of the truck, driver will come out if he doens't want to burn alive. 2 termites will also wreck the truck. Truck tactics will not work when playing squad games because when 2-4 players concentrate the fire to the truck, it will be disabled and destroyed. Remember when climbing in the truck, it will always happen to left hand side of the truck, even if you go in from the right (there's only one animation for it). So if you are at right side of the truck and get shot, jump in and the animation moves you to left side and now there's truck between you and shooter. Also when trying to drive over the enemies valid tactic is jump of from the truck next to enemy (remember, you come out from the left side always). I have got many kills because the enemies will keep shooting the moving truck and dont notice that truck has white color on it in a minimap. Also one driving tip for the truck: you are in a left side of the truck, so keep the right side towards the enemy when hunting them, more cover for you.

Listen what happens around you. Sound will give a away enemies or you, if you are running around. You can here the foot steps quite far away. Don't run inside the buildings at endgame if you don't have to, you are just giving your position away. Again, like with ghost, if enemy knows where you are but you don't know where enemy is, your are the prey not the hunter and knowing where someone is without them knowing where you are is a huge advantage.

Check the south ocean when in you are in the air at Verdansk, there's a storm and ship coming. Unlock Sykov -pistol by getting 4 (or 5) pistol kills in 5 matches and CX-smg by getting 2 long shot kills in 5 matches. You can try them out and level them at co-op SURVIVAL mode after that.

Where i get my gameplay tips? I do check time to time videos in youtube from JGOD, Nickmercs, IceManIsaac etc.
Reactions: W3LSH, Zero and westonwarrior
S

JGOD speaking about the change that came with season 2 -> now attachments really do what they say to do and that ruins CW-weapons setups.

Sotis said:
JGOD speaking about the change that came with season 2 -> now attachments really do what they say to do and that ruins CW-weapons setups.

So it really seems that CW silencers are not good at the moment (i believe there will be a hotfix on the way). So i did change my Aug silencer to 5.56 muzzle break and it is a beast. It will give you away when firing but who cares when the opponent doesn't do anything with that information because he is DEAD.
S